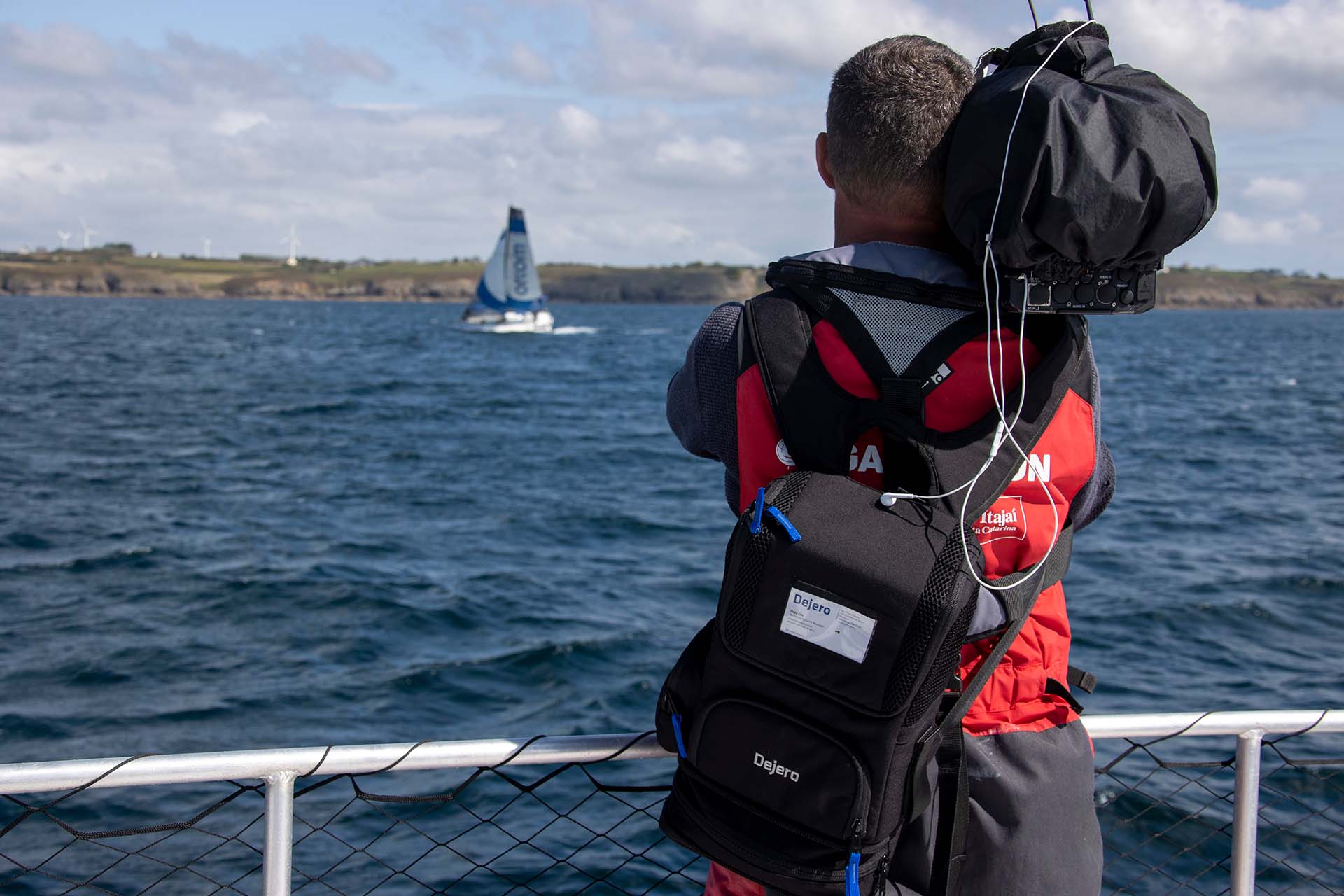 Waterloo, Ontario, September 14, 2021 — Dejero and Dazzl are facilitating uninterrupted coverage for French production company, Sea Events, as it live streams the dramatic departures and arrivals of each stage of the Solitaire du Figaro sailing race, currently taking place over 1,830 miles across some of Europe’s roughest waters. 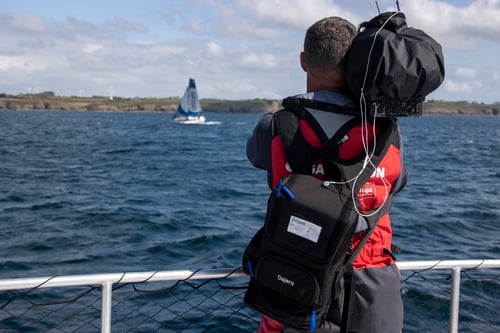 In order to capture live shots of the skippers at the start and end of each stage, and to be as close to the action as possible, Sea Events positions its crew at multiple vantage points around the harbour; using iPhones on the shore and a drone for a birds eye view. On board its ‘production’ boat, a SONY PMW 400 camera with a stabilized lens connects to a Dejero EnGo mobile transmitter, which is designed to withstand the harsh environment at sea. 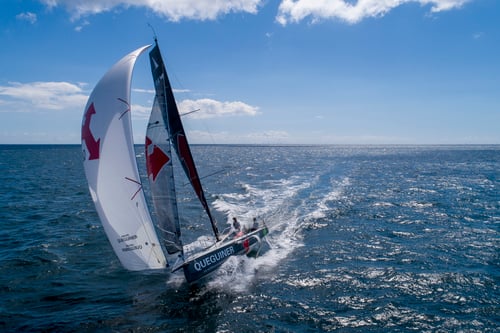 “When using EnGo we don’t need to worry about the movement and positioning of the boat in order to gain the best view points – no matter how far away we are from the coast,” explains Erwan Riquier, CEO, Sea Events. “We don’t even have to think about switching to different network carriers or constantly finding the most reliable network when we cross borders or worry about patchy coverage.”

The ruggedized EnGo is equipped with six integrated global modems, global roaming connectivity services and interchangeable SIM modules, and utilizes Dejero’s Smart Blending Technology to create a resilient internet connection by aggregating multiple networks into a single service. This allows for the transmission of high-quality live video with latency as low as 0.8 seconds.

The camera, iPhone and drone sources are streamed over RTMP to the Dazzl cloud server for use by the producer. The production director, located in the arrival harbour, and two remote commentators, further engage with the event’s 30,000-strong Facebook Live audience.

“The combined Dejero and Dazzl technology has opened up new opportunities for live streaming because of the reliability and low latency it provides. These solutions link up in seconds and connect to any type of source, including cameras, drones and phones. A traditional control room isn’t required, which means we can deliver a quality live stream with network stability to any platform – whether digital or linear, from anywhere in the world,” concluded Riquier.

The 30 solo skippers of the 2021 ‘Solitaire du Figaro’ are expected to cross the race’s finish line at the Loire-Atlantique (Saint-Naizre), Western France, on September 16. Sea Events have been live streaming the departures and arrivals of each stage of the event since it began on August 22.

We make the Future of Broadcasting Virtual Production.

Sea Events is a production company based in Brittany in the west of France. We are the European leader in the audiovisual coverage of ocean racing. We are the official production company for the Vendee Globe, the Route du Rhum, the Transat Jacques Vabre, the Solitaire du Figaro, Transat CIC, Atlantic record, round the world record, etc…
Our images are broadcast on the main European media: France Television, TF1, Canal +, Eurosport, EBU, AFP TV, Reuters TV, ZDF, RAI, Sky News, TVE, etc.