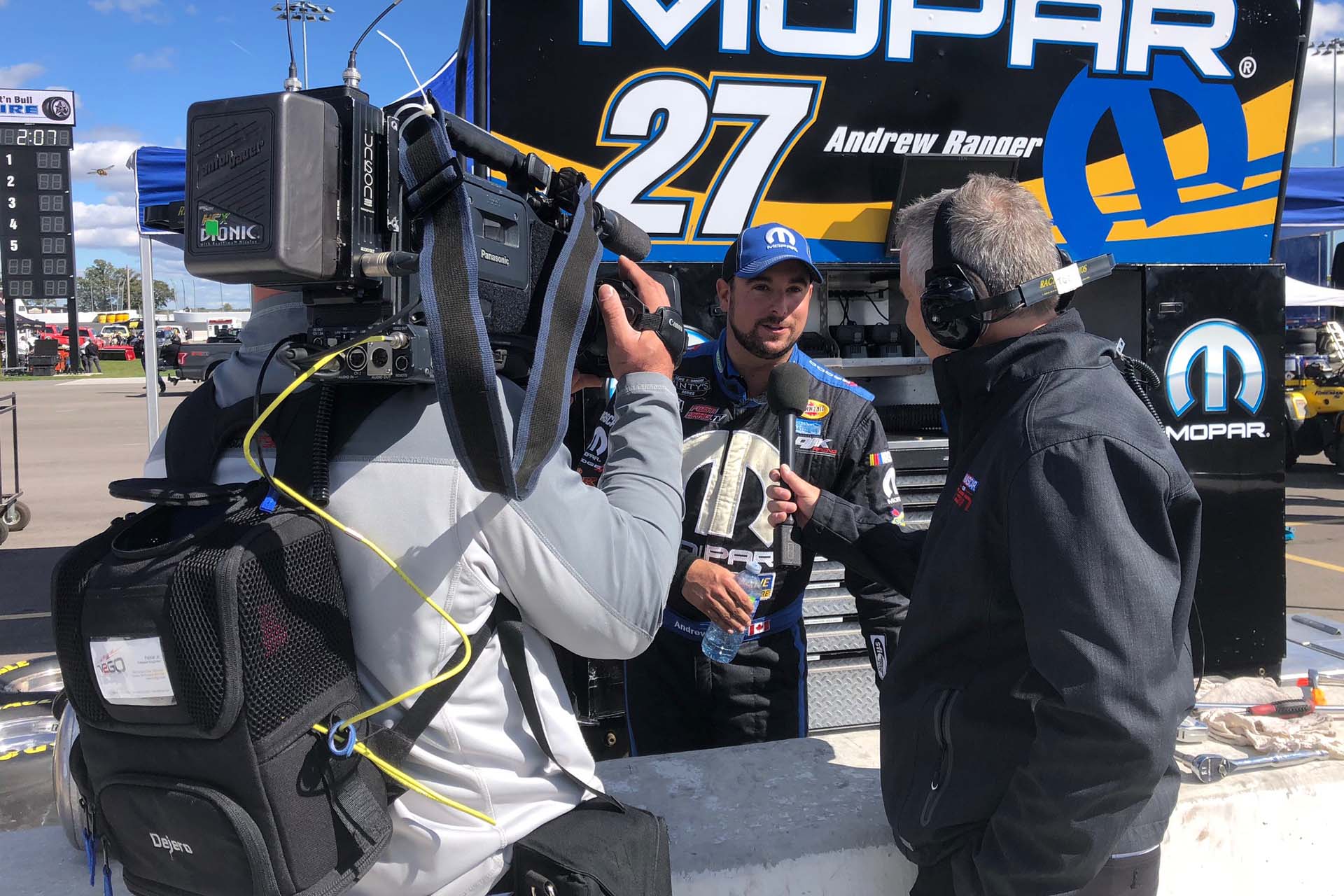 Waterloo, Ontario, February 10, 2022 — Video production company and ‘high-speed story-teller’, Fuel MediaLab, is using Dejero connectivity solutions to transmit broadcast-quality video from multiple camera feeds over multiple cellular networks and other IP connections. The signal is sent in real-time from speedways across Canada to Dejero rental partner TV2GO’s teleport, during competitions such as the NASCAR Pinty’s Series and Sports Car Championship Canada (SCCC), for distribution to various broadcast networks such as NBC and TSN. 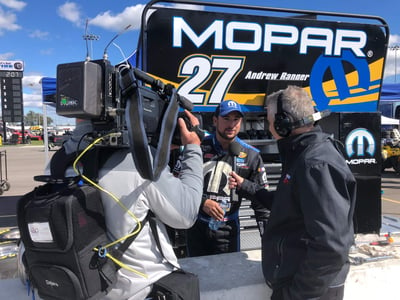 “Most race tracks are located in rural areas where cellular network connectivity is limited,” explains Joel Robinson, media producer at Fuel MediaLab. “When you add a few thousand spectators into the mix, the networks can become congested. However, with Dejero’s EnGo mobile transmitter blending all available networks, we get incredibly reliable connectivity – and we can boost cellular reception even further by securing the EnGo into the vehicle antenna dock and connecting it to our truck’s rooftop antennas.” 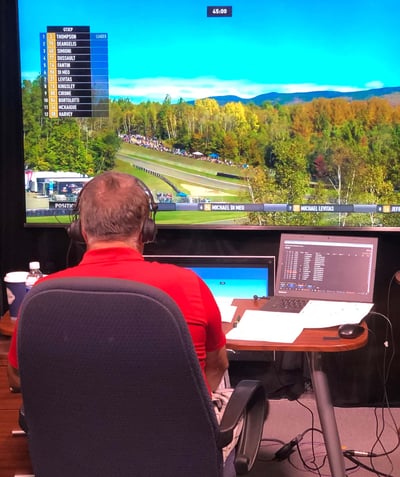 Dejero WayPoint receiver at TV2GO headquarters in Toronto, decodes and reconstructs the video from the EnGo for distribution across multiple online and broadcast platforms, including NBC Sports’ TrackPass and TSN

A Dejero WayPoint receiver, located at TV2GO headquarters in Toronto, reconstructs broadcast-quality video transported over multiple IP connections from the EnGo, decodes HEVC or AVC, and outputs to SDI or MPEG-TS workflows for distribution across multiple online and broadcast platforms. TV2GO uses the Dejero Control cloud-based management system to simplify the routing and sharing of video feeds and it allows them to monitor the status of EnGo SIM cards, traffic usage and mobile coverage, so they can keep track of data costs while ensuring the best connectivity performance in the various race locations.

“What I love about the EnGo in particular, is its simplicity and flexibility,” said Robinson. “I press a button on the unit, TV2GO checks the signals remotely and we’re good to go from virtually any speedway location.” 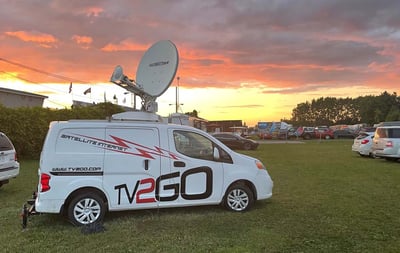 Fuel MediaLab has been contracted as NASCAR Pinty’s official host broadcaster for 2022 which consists of 13 races across the provinces of Ontario, Quebec, Alberta, Saskatchewan – many of which are in remote locations with little or no onsite internet connectivity from the venue. Fuel MediaLab has also previously covered production for the Porsche GT Cup Canada and Sports Car Canada Championships (SCCC).

“For the NASCAR Pinty’s Series, we can distribute the video stream in different formats that are required by the event sponsors at these races,” explains Lawrence Partington, chief innovation officer of TV2GO. “It might be pay-per-view, a dedicated OTT channel or a traditional linear channel. We send the live video coming in from the Dejero EnGo or GateWay through our teleport to TrackPass on NBC Sports Gold in New York via RTMP and to Canadian rights holder TSN as HD SDI over broadcast fiber. It works incredibly well.” 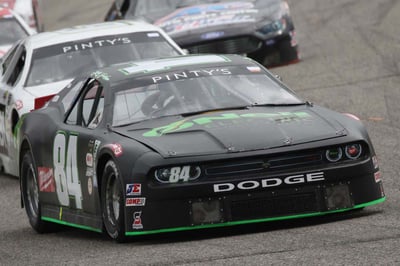 The solution features Dejero’s Smart Blending Technology to create a resilient internet connection by aggregating multiple networks into a single service. Dejero’s new EnGo 265 mobile transmitter, purposely designed for the broadcast and media production industry, allows for the transmission of high-quality live video with glass-to-glass latency as low as 0.5 seconds over the bonded cellular connections.

Fuel MediaLab and TV2GO plan to build a REMI kit using multiple Dejero EnGo transmitters for specific racetracks where laying camera cables is logistically too difficult and using satellite connectivity alone would be costly. “In the past, we had to rely on a satellite truck for transmission, but with Dejero’s connectivity solutions, we can transport high quality video via their Smart Blending Technology. Dejero is a solid partner for us,” said Partington.