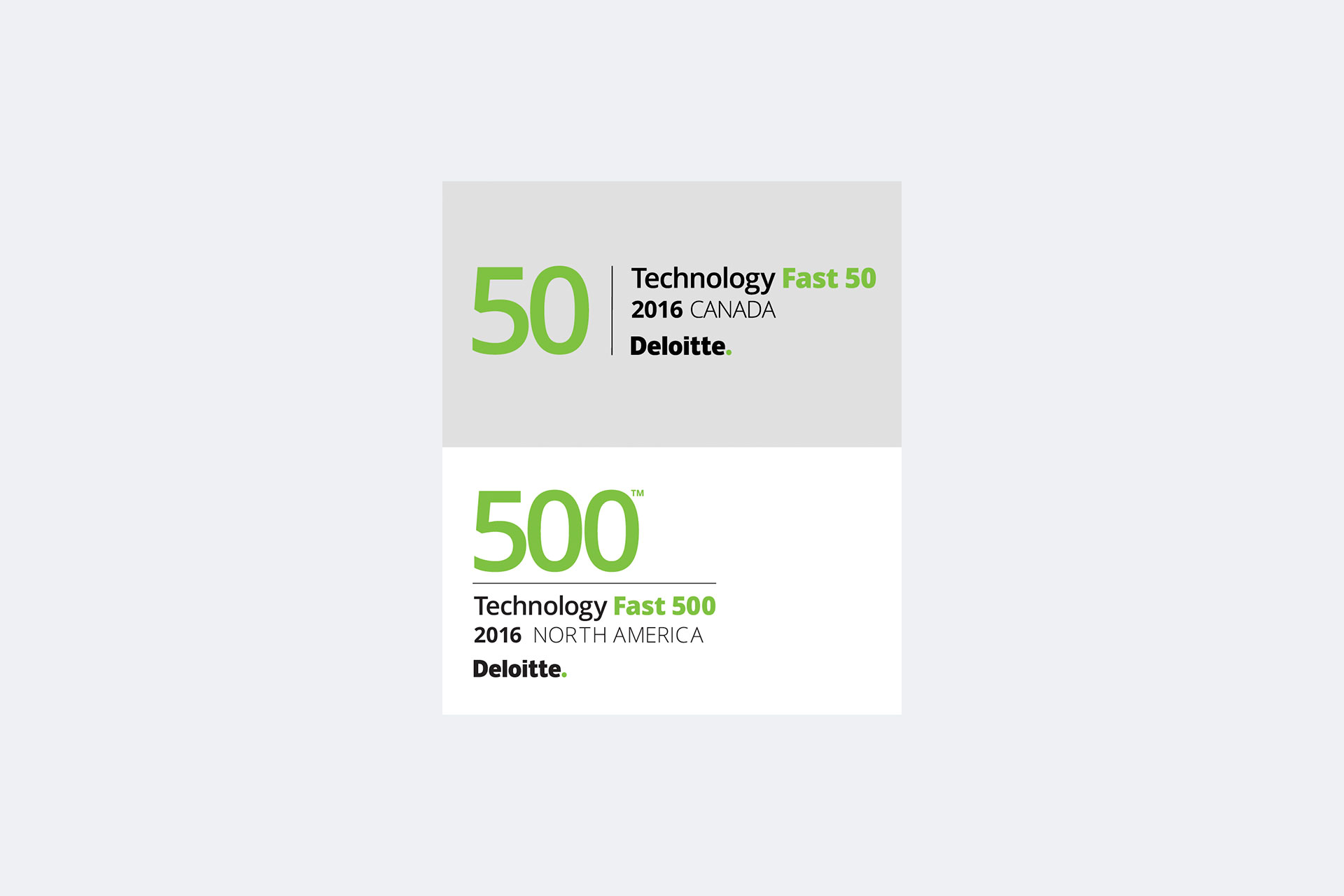 WATERLOO, Ontario — November 16, 2016 — Dejero, an innovator in cloud-managed solutions that simplify the transport of live video and real-time data across remote or mobile IP networks, today announced that it has been ranked 37 on Deloitte’s Technology Fast 50™ list, the prestigious award program that celebrates leadership, innovation and excellence in the technology sector. This marks the third year that Dejero has been awarded this accolade and showcases the company’s continued growth and technological distinction.

Dejero has also been named 312 on Deloitte’s broader Technology Fast 500™ list, an annual ranking of the 500 fastest-growing technology, media, telecommunications, life sciences and clean technology companies in North America, based on revenue growth over a four-year period.

“It is an honor to be named in the Deloitte rankings for the third consecutive year. Not only does it demonstrate the hard work and dedication of our team along with unceasing satisfaction from our existing customers; it also illustrates the growing demand for Dejero’s award-winning live video-over-IP and real-time data solutions,” said Brian Cram, CEO of Dejero.

“We continue to gather significant momentum as our solutions sustain worldwide traction with media, broadcasting, and entertainment companies. The excellent industry response to the recent preview of our LIVE+ Gateway – a ground-breaking solution that provides fast, reliable and secure access to the public internet and private networks from remote locations – demonstrates that Dejero is primed for continued growth and success.”

Currently in its 19th successful year, the Technology Fast 50™ and Technology Fast 500 programs recognize the world-class achievements and the evolution of the Canadian and broader North-American technology sector. Deloitte’s programs take into account innovation, entrepreneurship, and rapid growth from companies large and small, private and public who work across various industry sectors. Dejero is amongst leaders in hardware, software, digital media, telecom and clean technology.