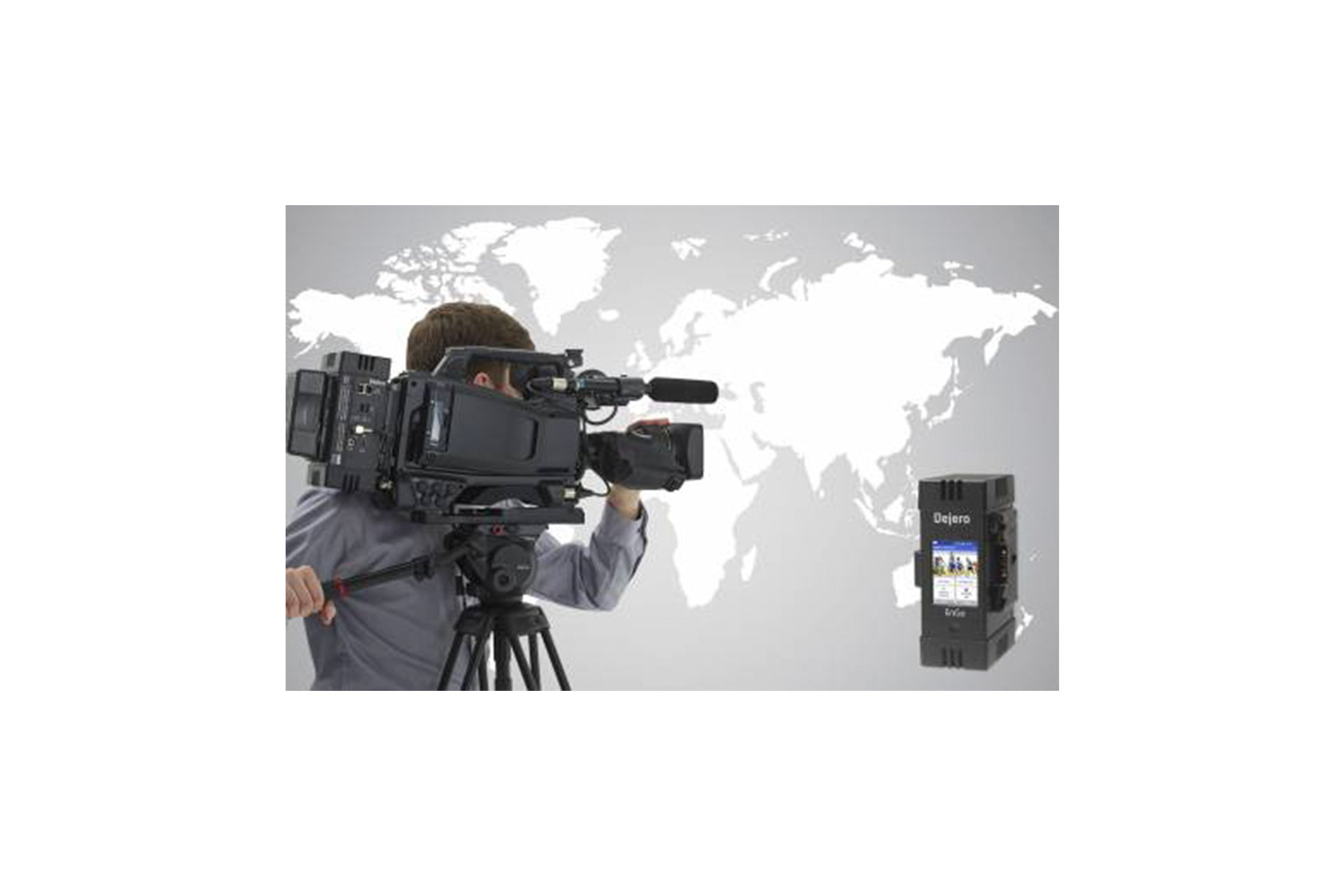 Waterloo, Ontario – September 22, 2016 – Dejero, an innovator in cloud-managed solutions that simplify the transport of live video and real-time data across remote or mobile IP networks, today announced that its mobile transmitters for live broadcast were used extensively for the production of The Runner, a groundbreaking reality competition series that played out over the course of 30 days – July 1 through July 30, 2016 – with three episodes airing live daily on a mobile, digital entertainment platform. From Executive Producers Ben Affleck and Matt Damon, The Runner was produced by award-winning Pilgrim Media Group and Executive Producers Craig Piligian and Mike Nichols, with Adaptive Studios’ Perrin Chiles and Marc Joubert also serving as executive producers.

Hosted by Matthew Patrick (aka “MatPat”), creator of YouTube series Game Theory, and featuring VICE News journalist, producer and media commentator Kaj Larsen as the on-camera expert, The Runner challenged one person to make it across America while the entire country endeavored to solve clues that helped them and their favorite Chase Teams go after more than one million dollars in prize money.

In addition, the Dejero LIVE+ Mobile App enabled the Chaser teams to capture footage on the go and quickly transfer those clips over long distances. The app also enabled the discreet filming of the capture of the first two Runners, to which traditional cameras would have drawn too much attention.

“The ability to get our footage to the studio rapidly was vital in order to meet our deadlines for the three daily live shows,” explained show technical lead Jerry Kaman of Broadcast Engineering Consultants. “Dejero’s bonded cellular technology was the only realistic tool for producing The Runner, as the teams began in one city and ended in another every single day. I’m delighted with Dejero’s technology which has performed extremely well, and the support has been outstanding.”

The series’ daily challenges, which were an integral part of the game play, occurred in different cities across the country; thus, this interactive show was reminiscent of a giant game of tag where members of the public were able to, in real-time, help locate the Runner using an online app.

“The Runner is a great example of how Dejero’s technology can be used for so much more than just the live transmission of video,” explained Brian Cram, CEO of Dejero. “This sort of mobile reality show has never been attempted before, but through the use of our portable technology we enabled viewers to directly interact with and influence the outcome of the game. In fact this production successfully used the entire Dejero platform to meet its needs, be it for live video, fast transfer of files, or remote control and monitoring through the LIVE+ Control management system.”