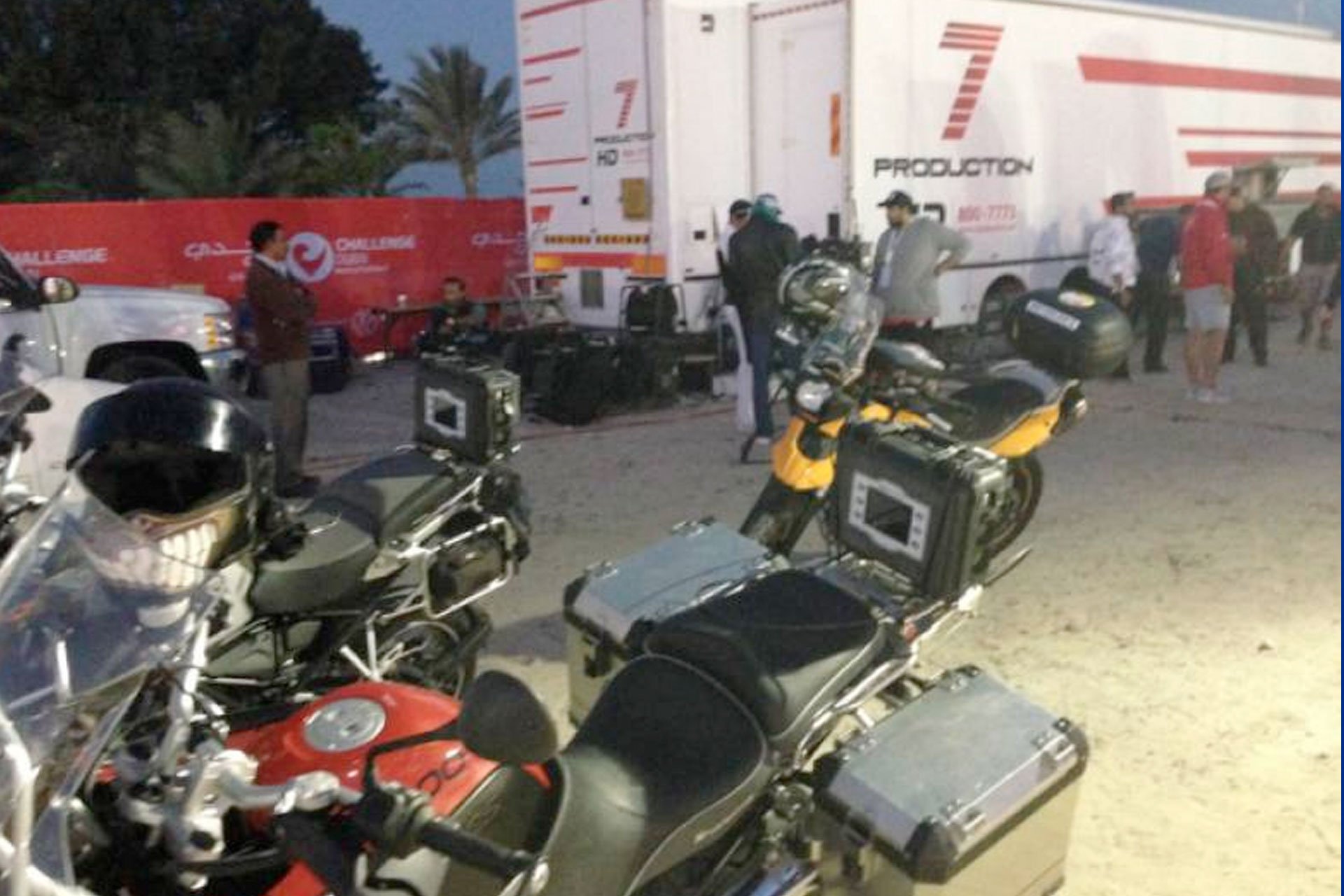 “Once again, Dejero’s LIVE+ transmitters gave us a first-rate alternative to traditional satellite and microwave trucks for capturing the excitement of a triathlon. Also, Dejero’s mobile transmitters are more affordable to invest in than traditional microwave equipment,” said Richard Sutcliffe, producer, Kinetic Media. “For example, on the Challenge Dubai shoot, the Dejero transmitters enabled us to transmit video from places that would have been impossible with traditional methods — and the units even outperformed the RF links on the chopper. The rugged cases were easy to handle and mount, and the V-lock battery option gave us a reliable source of power since we couldn’t draw power from the bikes. And through it all, we retained the frame rate even when the signal would fade.”

Kinetic Media deployed LIVE+ mobile transmitters on two motorcycles to cover the swimming, cycling, and running events. The LIVE+ transmitters used available cellular networks throughout the triathlon to transmit live, high-quality video feeds back to the Kinetic Media mobile production trucks with complete reliability. Dejero's patented Intelligent Connection Management technology made it possible for the LIVE+ transmitters to bond multiple cellular signals and automatically adapt to network conditions to ensure consistently high video quality at extremely low latency. Two Dejero LIVE+ Broadcast Servers deployed in the trucks received the video streams and processed them for the live broadcast, which was streamed to the Web and carried on Dubai television channels.

“For Challenge Dubai, Kinetic Media needed a portable, sturdy transmitter that could reliably deliver live HD video without dropping frames, regardless of the network conditions. It also had to be easy to use and built to withstand the rigors of coverage from a moving motorbike. We’re pleased that our LIVE+ transmitters could meet all of those criteria and more,” said Brian Cram, CEO, Dejero. “Challenge Dubai is just one more example of how LIVE+ mobile transmitters enable crews to transmit video from places that never would have been possible before — and do it reliably without loss of quality. That’s precisely why so many broadcasters and production companies are turning to the LIVE+ solution for capturing live video from remote locations.”

Challenge Dubai was the second race in the Middle East and the first event in the Triple Crown series with a $1 million prize purse.