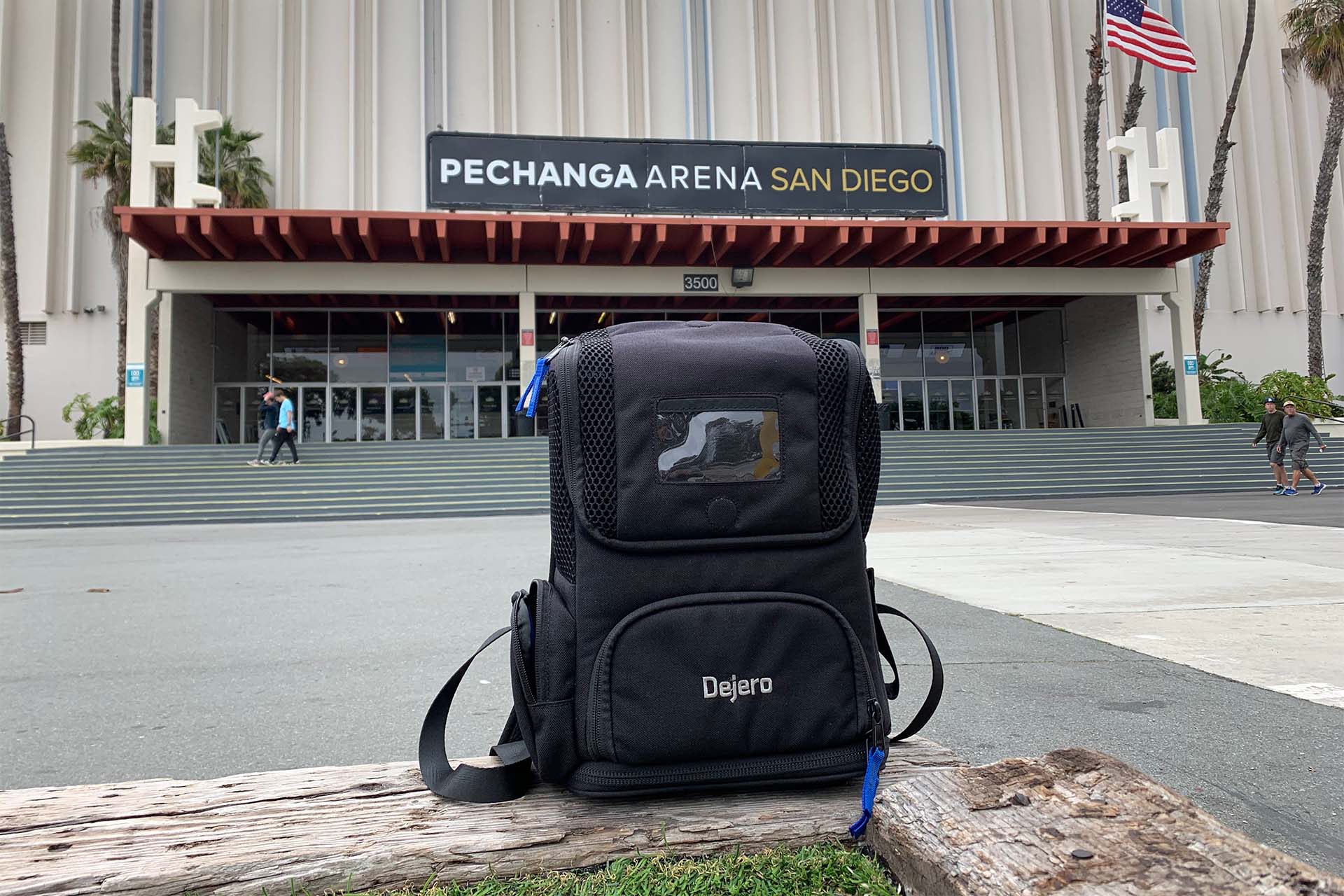 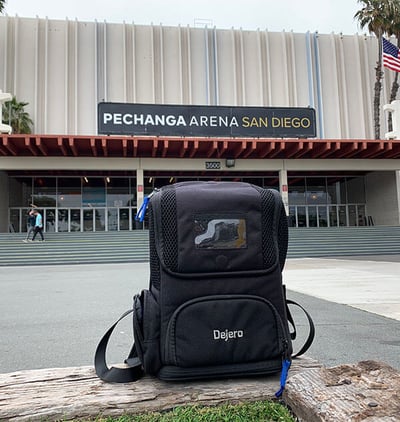 The EnGo was initially implemented by the production team when the San Diego Gulls temporarily relocated to the Anaheim Ducks practice facility, FivePoint Arena at Great Park Ice in Irvine, California, for the 2020-2021 season as a precaution during the coronavirus pandemic.

“In Irvine, we didn’t always have access to the FOX 5 production truck for microwave transmission of our packaged game coverage. We relied on the cellular and satellite connectivity provided by EnGo to send our primary feed back to FOX 5 HQ, where a Dejero WayPoint received the video,” explains Aaron Cooney, director of communications and broadcasting at the San Diego Gulls Hockey Club.

At FOX 5 HQ, a Dejero WayPoint receiver reconstructed the video transported over IP from the Dejero EnGo, outputting to multiple distribution platforms, including FOX 5 San Diego TV and their online streaming platform.

”It worked incredibly well and was simple and cost-effective to set up, so we figured it would also work for away games,” added Cooney.

The San Diego Gulls have since broadcast away games from Bakersfield, CA., Tucson, AZ. and Las Vegas using the Dejero EnGo for primary transmission. They also added an extra five games to their 2021-2022 season broadcast schedule. Dejero WayPoint receivers are also located at other affiliate stations such as KFMB-CBS-8 San Diego, which covered the Gull’s 2020-2021 season.

“The Dejero EnGo has opened up a whole new window of opportunities for us in terms of storytelling, touchpoints with fans, and cost-effective remote broadcasting, allowing us to deliver more broadcasts than before,” says Cooney.

The EnGo features Dejero’s Smart Blending Technology which simultaneously combines cellular connections from multiple providers, as well as other wired or wireless IP connections if they are available, to form a virtual Dejero ‘network of networks’. The result is reliable, high-bandwidth internet connectivity for broadcast-quality live video transmission from anywhere. 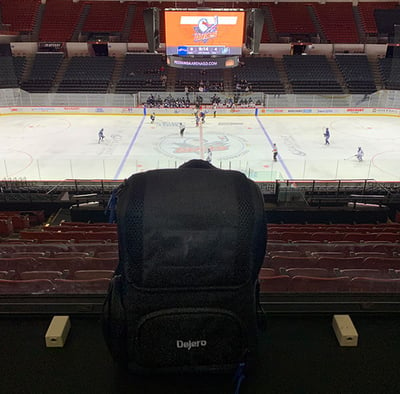 “The importance of telling a compelling story for the Gulls and their fans is anchored in the live transmission provided by EnGo,” said Brian Nettles, television producer for the San Diego Gulls. “The EnGo gives us the confidence to roll up to stadiums that don’t have fiber, satellite links or pre-installed cables, knowing that we’ll still have the connectivity and bandwidth required to send high-quality broadcast video out to Gulls’ fans via bonded cellular.”

“Being able to broadcast more away games is a great way to further engage with our passionate Gulls fan base, expand our reach to local sports fans and continue to grow our brand in San Diego,” added Cooney.

The Dejero EnGo is also used as a backup during every home game at the Gulls’ Pechanga Arena should the cable fail between the Gulls’ production truck and the onsite FOX 5 truck that transmits the packaged game coverage to FOX 5 HQ.

Previous Story
← What happened in Vegas: three highlights from the 2022 NAB Show
Next Story
Putting the ‘live’ into live-action role playing →