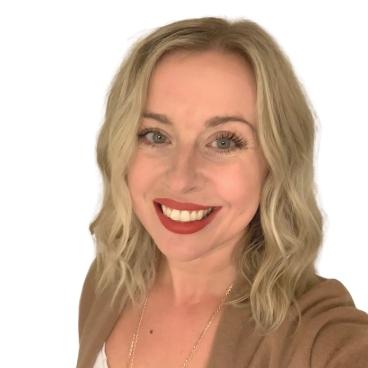 On February 13, the Los Angeles Rams became the second football franchise ever to win the Super Bowl at home, beating out the Cincinnati Bengals in a thrilling 23-20 victory. Naturally, many fans celebrated by posting about it online. Tweets, TikToks, Instagram stories, and more were shared as Cooper Kupp, wide receiver for the Rams and the game’s MVP, caught the winning touchdown pass with less than two minutes left.

Crowded events like Super Bowl LVI, which had over 70,000 people filling up the seats in LA’s SoFi stadium, present enormous connectivity challenges. The large crowds can often congest the local cellular networks, making it difficult to send and receive data and calls. In fact, this year’s Super Bowl had record-setting data usage. According to Verizon and AT&T, customers on its wireless networks in and around the stadium used 30.4 TB and 13 TB of data Sunday, respectively. That’s a lot of data!

But fans weren’t the only ones using record amounts of data that day. Behind the scenes, the Super Bowl is a massive public safety operation that takes months of planning and thousands of people. AT&T, which operates FirstNet, a nationwide wireless broadband communications platform dedicated to America’s first responders and public safety community, shared that “FirstNet first responders used more than two times the amount of data that a typical fan did.”

Smart Blending Technology for the win

Security efforts at large events like the Super Bowl require a lot of bandwidth since they rely on advanced technology to improve situational awareness and response times. Staying connected is extremely important and mission-critical. Having only one connection path leaves operations vulnerable to having insufficient bandwidth to carry out essential tasks or, in the worst case, downtime.

Dejero supported the multi-agency law enforcement security effort with our connectivity solutions to ensure they have access to the voice and data communications they need. Powered by our Smart Blending Technology, they were used by multiple Department of Homeland Security partners, the Los Angeles and Inglewood police departments, and other supportive Federal, State, and local agencies and departments.

Our technology simultaneously combines multiple wired (broadband, fiber) and wireless (3G/4G/5G, Wi-Fi, satellite) IP connections from multiple providers to form a virtual Dejero ‘network of networks’. It dynamically and intelligently manages the fluctuating bandwidth, packet loss, and latency differences of individual connections in real-time, resulting in reliable, high-bandwidth connectivity when and where you need it.

While the fans cheered on their teams’ victory and the players left it all out on the field to pursue the coveted Super Bowl ring, the teams keeping them safe could access the connectivity they counted on for a successful event.