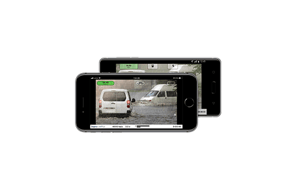 Dejero, an innovator in cloud-managed solutions that simplify the transport of live video and real-time data across remote or mobile IP networks, today announced a new update of the LIVE+ Mobile App, its ground-breaking solution allowing journalists to use iPhones to get stories on air fast. The new version will be demonstrated at the specialist international conference for mobile journalism, Mojocon (Aviva Stadium, Dublin, 29 – 30 April).

“To maintain our leading position in delivering content over IP networks from remote locations and even while in motion, we spend a lot of time talking to our customers,” said Brian Cram, CEO of Dejero. “They have shared with us that our app is the best in terms of picture quality and reliability. They also outlined what they need to make our LIVE+ Mobile App even more useful, and we are using that feedback to add new features and enhancements in each release.”

The new release of LIVE+ Mobile App enables image stabilization on iPhone 5s and above models, smoothing out vibrations and hand shake, which is inevitable in any situation where a journalist is holding the phone to gather news or cover live events.

Based on user feedback, the audio meter has also been enhanced. Available during shot set-up and while broadcasting live or recording a clip, the on-screen dBFS audio level metering more accurately reflects the sound environment, helping mobile journalists set the appropriate levels for clear commentary. The new release also supports microphones with lightning connector cables such as the iRig Mic HD, which is growing in popularity with mobile journalists.

“Mobile journalism is an increasingly significant trend, with even traditional broadcast journalists recognizing the power of getting on air armed with nothing more than their iPhone,” Cram explained. “As a trend, mobile journalism is growing in importance, and we are delighted to be once again taking part in the second Mojocon, organized by Irish broadcaster RTÉ.”