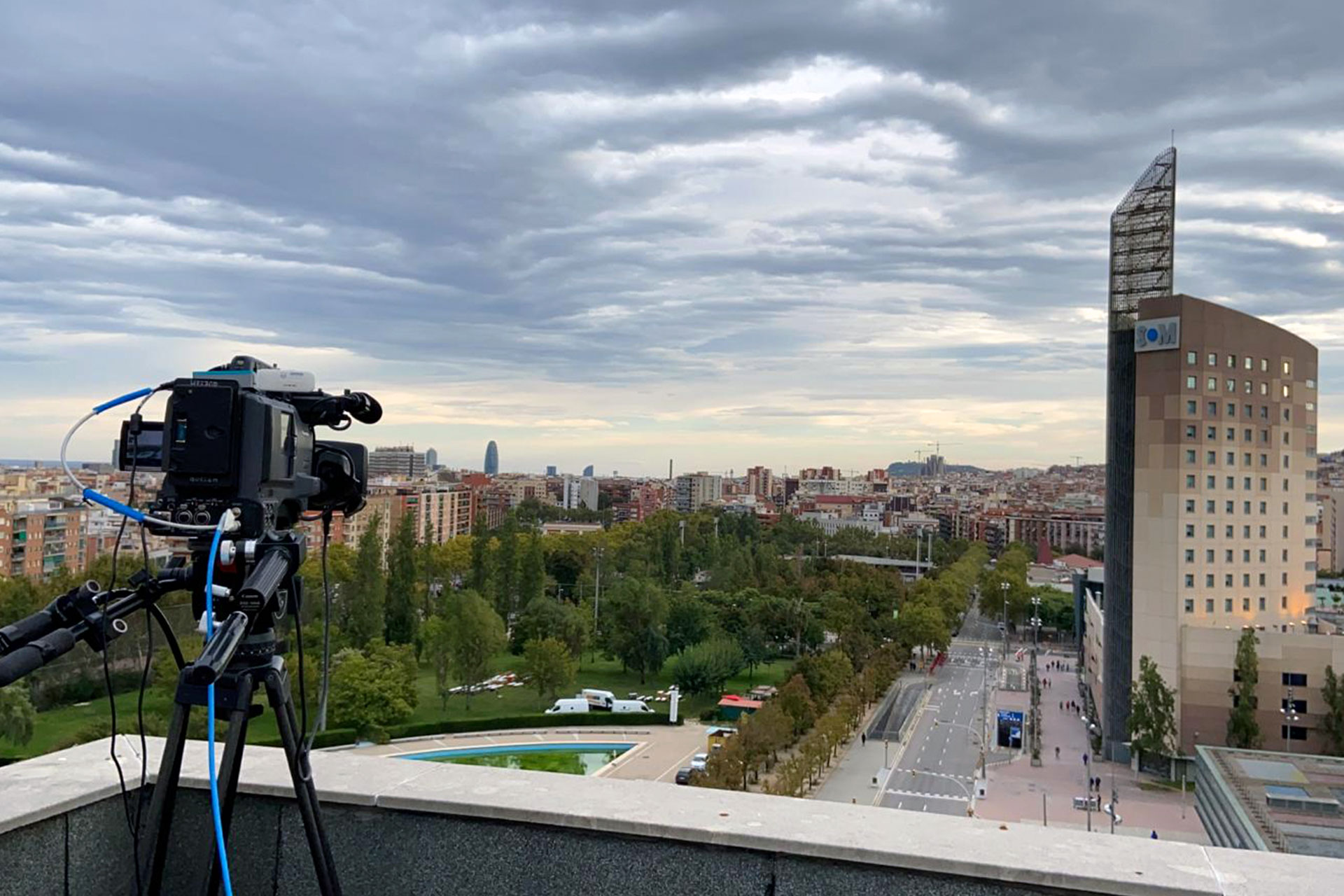 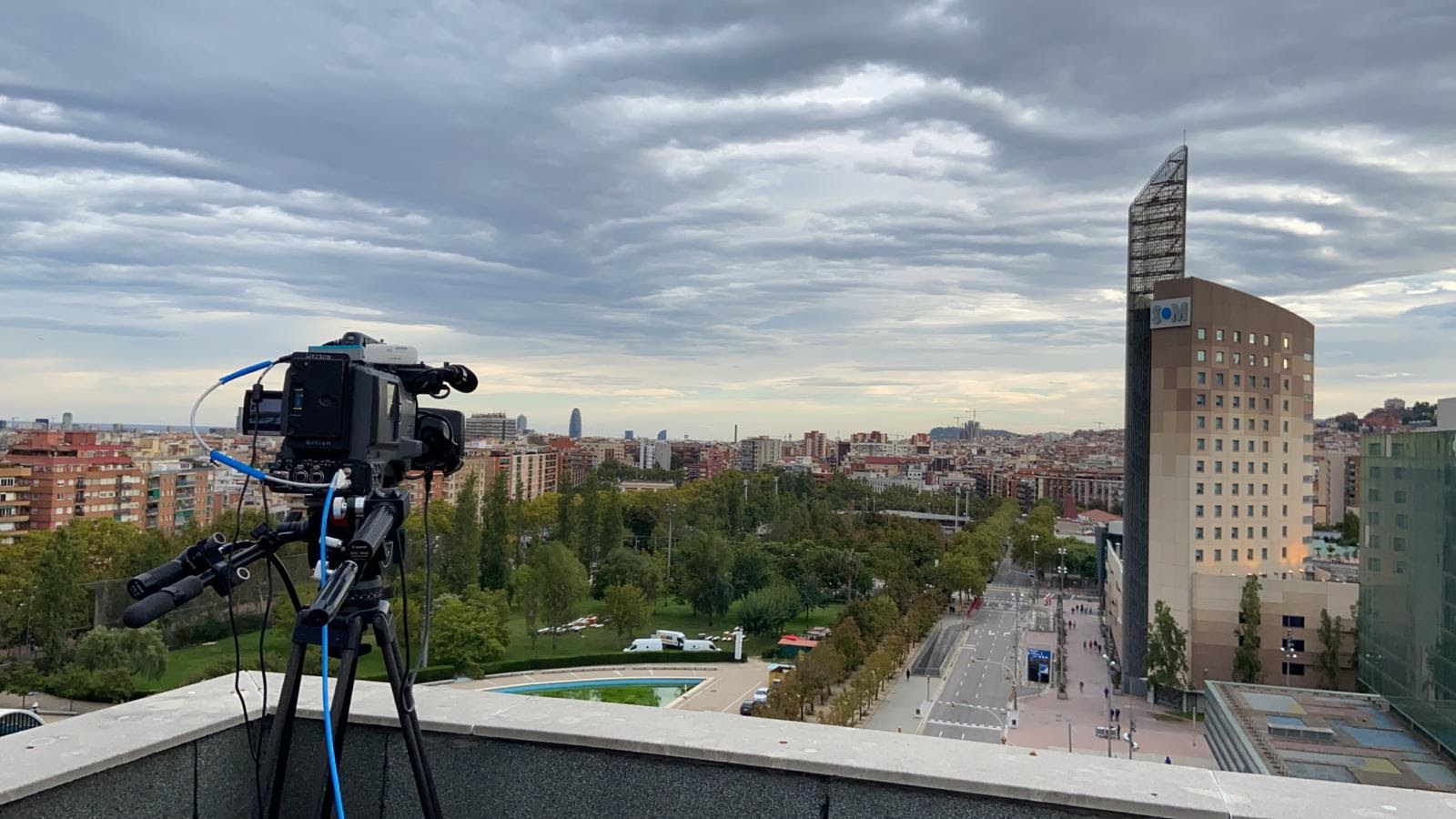 Due to the EnGo transmitters’ Smart Blending Technology, which intelligently combines multiple network connections in real-time for enhanced reliability, expanded coverage, and greater bandwidth capacity, Quality Media were not restricted to setting up in locations that had fiber lines already installed or have to rely on satellite for connectivity; instead they were able to deliver live broadcast-quality coverage of the fireworks display from prime spots with the best possible views relying only on cellular connectivity. Two cameras with EnGo transmitters were positioned to cover each location; Sants Montjuïc, Las Cortes, Nou Barris and Sant Martí, delivering a total of eight feeds.

“The main challenge of this event was that the sites best suited to the production of this show were streets, parks or beaches that had no fibre connection and no electricity. It was a high pressure situation as this was a prime time show for TV3 where nothing could fail in the middle of the live transmission,” said Pablo Reyes, chief production officer at Quality Media.

A stunning display that rounds off Barcelona’s biggest annual festival, La Mercè, the Piromusical was reinvented in 2020 in line with sanitary and social distancing requirements linked to the ongoing COVID-19 pandemic. In a bid to avoid crowds travelling and gathering for the show, the fireworks display was brought to people’s screens from eight secret locations across Barcelona, which allowed everyone to see the show by both tuning into TV3 and by watching from their balcony or rooftop. It was accompanied by a carefully selected soundtrack of songs from the 1940s, 50s and 60s in tribute to those most vulnerable to the ongoing pandemic. 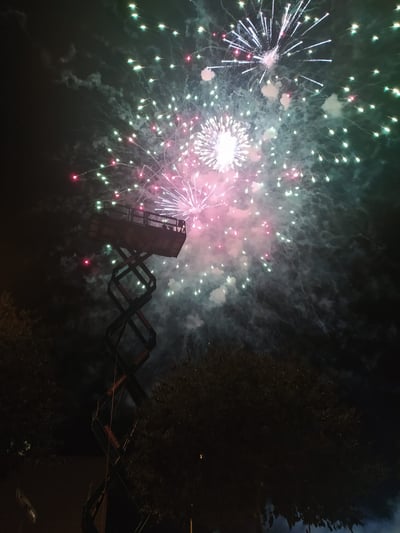 Dejero’s EnGo enabled Quality Media to achieve reliable connectivity from the best sites in Barcelona, which were streets, parks or beaches that had no fiber connection or electricity

“Capturing fireworks is very tricky. If they don’t look good on-screen you don’t get a second chance,” continued Reyes. “We were particularly happy with the EnGo transmitter’s intercom feature that provides two-way, full-duplex voice communication between the studio and field, as well as the synchronisation capabilities of the mobile transmitter, which is crucial for split-screen shots showing the same fireworks from four different positions. It allowed the director of this program to deliver a beautifully artistic show with the ability to choose between eight perfectly synchronised feeds.”

The Dejero EnGo is the world’s most durable and versatile mobile transmitter that’s purpose-built for reliably sending high-quality live video from remote locations. It allows the transmission with glass-to-glass latency as low as 0.8 seconds.

“In cases like this, you have to be very sure your technology will work on the day and can deliver the highest quality video to the viewers. Dejero allowed us to go into battle with the solid belief that transmission and connectivity would perform how it should. It was daunting but we wanted to show our client TV3, as well as the market, that this is entirely possible,” added Reyes.

“Thanks to our remote production abilities during the Piromusical, Quality Media has been granted as an official technology provider of TV3, after winning a highly competitive tender of which we are very proud. Thanks to partners like Dejero, we are continuing to revolutionise remote production in Spain.”

Quality Media is an international broadcast production company based in Madrid, that provides high-tech services and solutions to a range of broadcast organisations, including sports broadcasters, media service providers and more. Since its inception, Quality Media has worked with and facilitated the audiovisual conversion for the ad-hoc production arm of PRISA, the world’s leading Spanish and Portuguese-language media group in the creation and distribution of content in the fields of culture, education, news and information, and entertainment. It has also covered major events like the World Cup in Russia and has developed a solid reputation for developing different innovations for sports production especially in the field of remote production.