Floods in Brazil No Match for TV TEM

Brazil has one of the most competitive broadcast markets in the world, thanks to a large commercial television system and a sizable audience for online news. For broadcasters, a key differentiator in this busy market is the ability to be the first to go live from the source of breaking news. Having a wide variety of tools at their disposal gives news crews the flexibility they need to go live in virtually any situation. 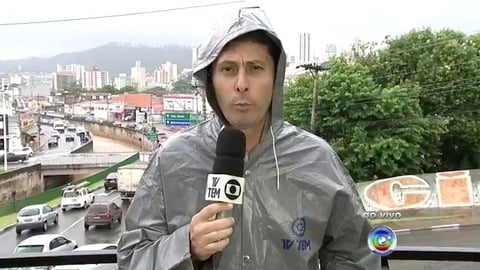 TV TEM, a regional affiliate of Brazil’s Rede Globo television network, uses Dejero’s video-over-IP solutions to expand and enhance its newsgathering capabilities. While they still use microwave and OB vans, having the Dejero technology gives their crews a broader range of options that enable them to be the first on scene, and the portability and flexibility to provide live coverage of stories in challenging situations.

For example, the network used the Dejero platform to cover the massive flooding in late 2015 and early 2016. Not only were there heavy rains with the potential to interfere with equipment and signals, the roads were washed out in most places, blocking access for broadcast vans.

Instead, they sent crews armed with rugged, portable LIVE+ GoBox transmitters, as well as the LIVE+ Mobile App. The GoBox transmitters bond multiple IP networks, including cellular, Wi-Fi, and portable satellite. This network bonding provides enough bandwidth to maintain excellent video quality with low latency even in the challenging weather conditions that gave rise to the stories they were covering. They can also record up to 40 hours of HD video for later broadcast, and send the recorded footage back to the broadcast center over IP networks using the Store & Forward feature. This means that back at the station, editors could use the broadcast-quality footage to create feature clips while the crews remained in the field to capture the action and report in for live interviews.

The LIVE+ Mobile App allows videojournalists to capture and transmit video using nothing but a smartphone. The app uses the built-in camera, and can bond the smartphone’s cellular signal with an available Wi-Fi signal for increased bandwidth. For TV TEM, this meant that any reporter finding himself in the middle of a flooded area could go live as long as he had his smartphone with him—no additional equipment was necessary.

Ewerton Maciel, director of technology at TV TEM, shared this video of the TV TEM coverage of the floods. All of the live shots in this story were acquired, managed, and distributed using the Dejero platform. 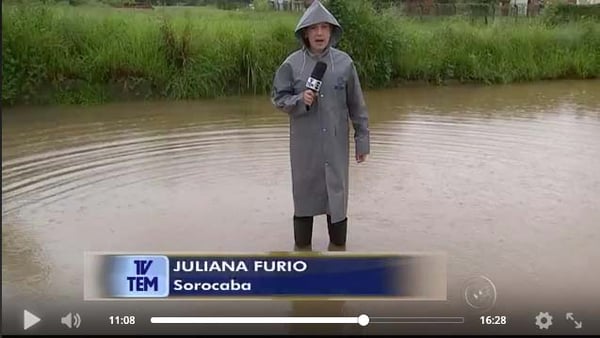 Maciel told us that they tested several technologies before choosing Dejero. “Of the various technologies we evaluated, Dejero’s LIVE+ platform offers the best video quality with minimal latency. Dejero also comes out ahead in terms of ease of use, portability, and flexibility in supporting available cellular connections. For instance, the LIVE+ GoBox can accommodate SIM cards for each of the major Brazilian cellular providers to ensure that we will always have the cellular connectivity and diversity we need for a high-quality transmission.”

As one of the top news organizations in the state of São Paulo, TV TEM knows the importance of breaking news coverage for maintaining market share. Adding Dejero solutions to their available newsgathering tools has given them added flexibility, enabling their crews to capture and transmit live, high-quality video whenever and wherever news is breaking.