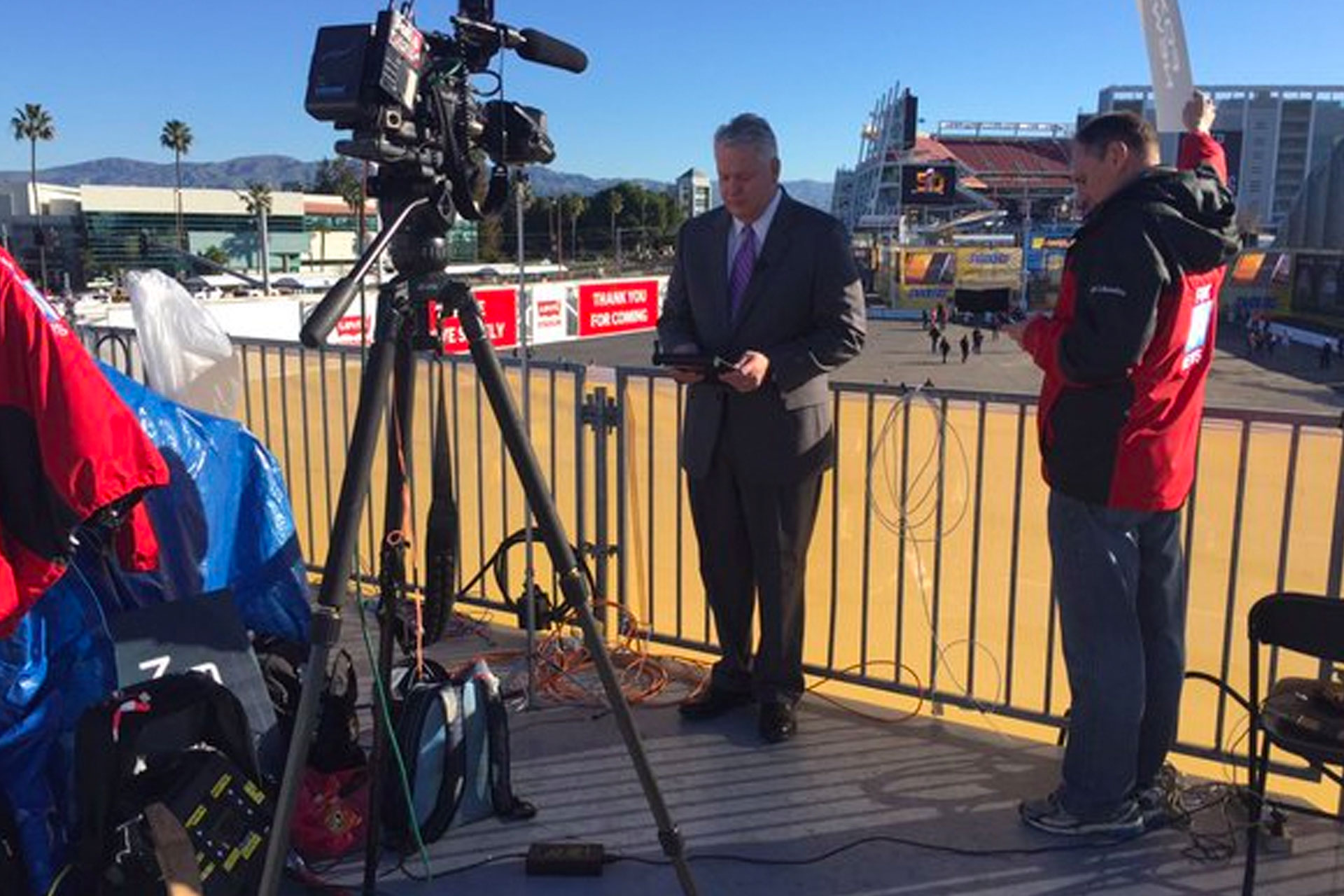 Going Live at the Big Game

Everyone’s talking about Super Bowl 50. The pre-game festivities, the halftime show, the commercials, the food—and of course, the game—have kept the water cooler hopping all day.

Jeremy Miller, one of our Field Sales Engineers, was onsite for most of the week to make sure our customers were capturing the action for their audiences back home. He was live-tweeting from the event, and called from the airport to give us a little recap: 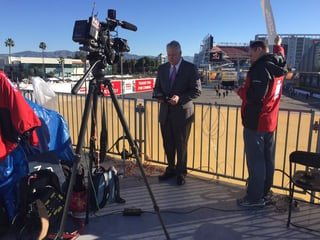 All week, Dejero customers were going live from the event’s fan village, “Super Bowl City,” in downtown San Francisco. This space hosted a week of festivities celebrating both the city and the sport of football.

Crews were using a lot of LIVE+ GoBox and LIVE+ EnGo transmitters, telling us that these were their go-to solutions because of the reliability and portability of the units. Despite the crowds of selfie-taking, photo-posting fans, crews consistently got their shots out, and due to the size and weight of the units, they could just pick up and go without running cables or resetting any equipment.

Coverage from inside the media center was a success as well. From the Coldplay presser to the Commissioner’s conference, crews were able to get their shots out consistently.

And finally, in the stadium, most crews had an Ethernet drop to make sure they had the bandwidth despite the nearly-70,000 people in attendance. Having said that, after the game crews went live from the field on cellular alone with complete reliability. Once again, the portability of the units allowed crews to leave the media stage and go live from the field quickly and with no fuss. 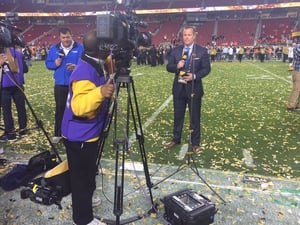 Above: GoBox live from the field post-game

Covering a big event? Get in touch to find out where we'll be!