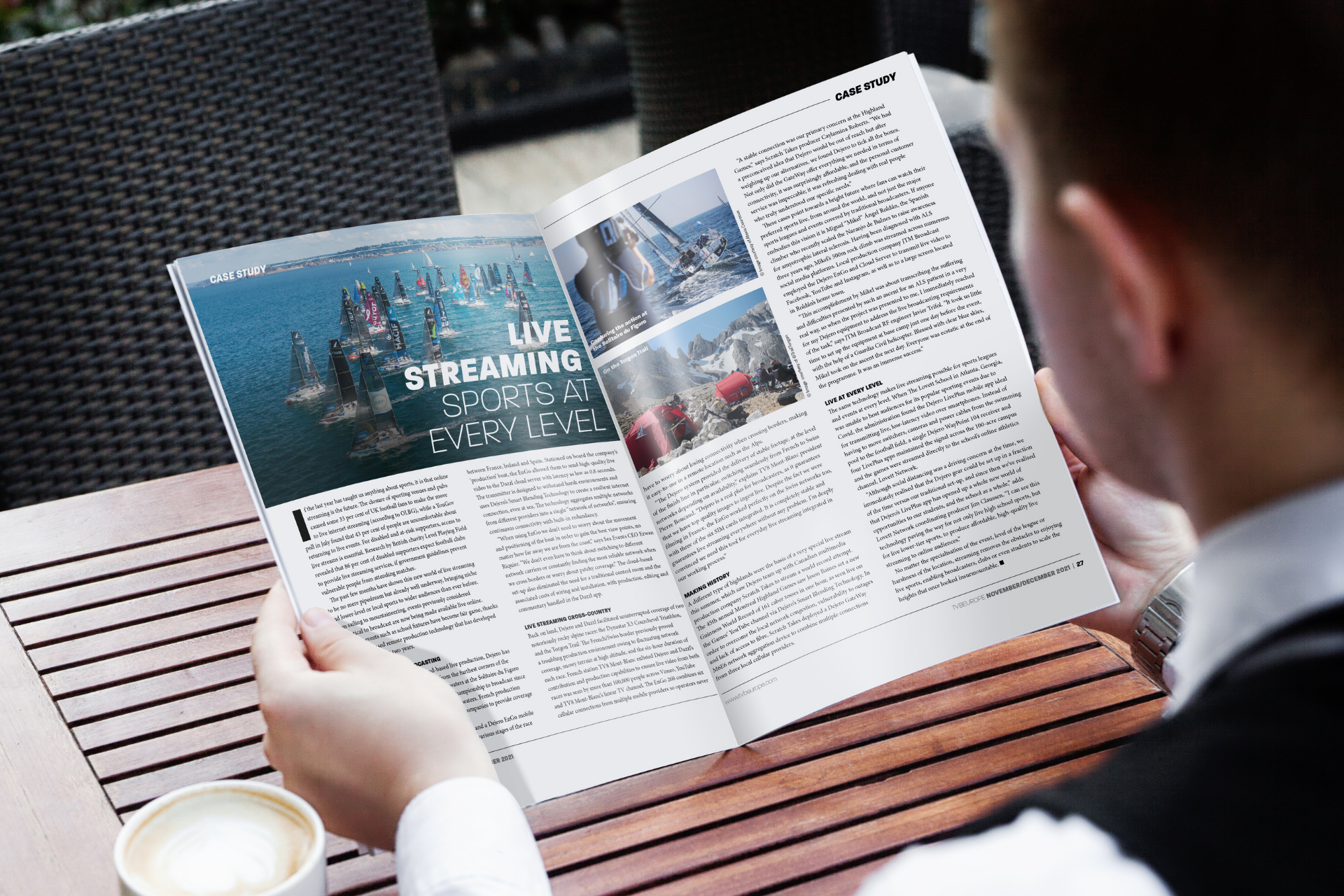 Livestreaming sports at every level

Originally published in the November/December 2021 issue of TVB Europe.

If the last year has taught us anything about sports, it is that online streaming is the future. The closure of sporting venues and pubs caused some 33 percent of U.K. football fans to make the move to live internet streaming (according to OLBG), while a YouGov poll in July found that 43 percent of people are uncomfortable about returning to live events. For disabled and at-risk supporters, access to livestreams is essential. Research by British charity Level Playing Field revealed that 86% of disabled supporters expect football clubs to provide live streaming services, if the U.K. government guidelines prevent vulnerable people from attending matches.

The past few months have shown this new world of livestreaming to be no mere pipedream but already well underway, bringing niche and lower-level or local sports to wider audiences than ever before. From sailing to mountaineering, events previously considered impractical to broadcast are now being made available live online. Even local events such as school fixtures have become fair game, thanks to the cloud-based remote production technology that has developed rapidly over the last two years.